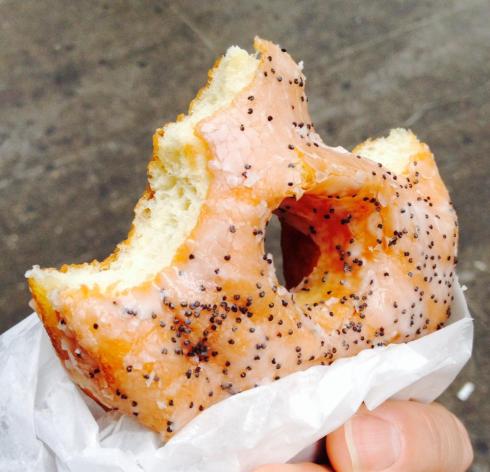 “I used to be a sailor. I worked the pastry deck on the USS Michael Vale. Life could get pretty stale after a month at sea, and it was hard not to grow a bit salty out there. But I got to travel the world, and there was nothing like a warm dip in the Java Sea to make it all worthwhile. And we did have our fair share of excitement: One day there was a man overboard, and someone mistook me for a life ring and tossed me in after him. We all had a hearty laugh after that. Oh, and you see these spots? Let’s just call them my ‘souvenir’ from a wild night with a bagel I met during Fleet Week. Anyway, I eventually grew tired of that lonely, dough-madic way of life, so once I was back in the city, I re-ordered myself to stay. And it was for the best by then. My shipmates had started taking bites out of me. They thought it would prevent scurvy.” 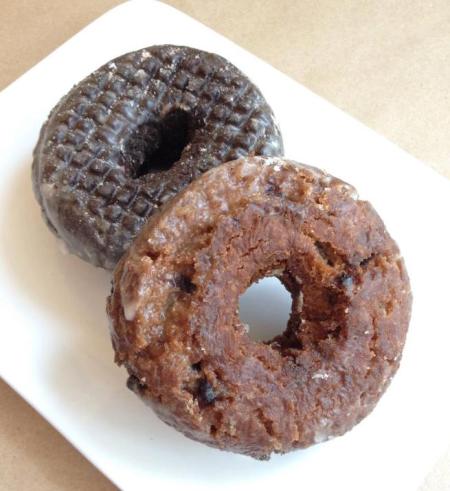 “We met one night while waiting for the G train. Blue said my glaze looked irresistible; I told her she was berry sweet. It was a recipe for warm, gooey love. I asked if she wanted to take a walk around the park sometime. She said, ‘I can’t. I don’t have legs.’ Forty minutes later the G train rolled up, and by then, we knew we were baked for each other. That was a dozen years ago. Today we share a charming prewar pastry box on Kent Street, raising our own little batch of munchkins together. After all this time, we’ve managed to keep the dough-mance as fresh as ever.”

I was walking up Broadway the other day, and I stopped to snap a quick picture to send to my bestie, Meg. She’ll be visiting NYC for the first time in a few weeks, and it’s been lots of fun stoking her excitement:

Me: “You know. Just another day. Walkin’ around the city.”

This is my life now.

I’ve seen Billy Joel in concert seven times. Yes, SEVEN. And while every one of those on-the-road shows was magical in its own way, I’ve never seen him play a home game. Apparently, his New York City shows, charged with the energy of an adoring hometown crowd, are incredible.

Well, as luck would have it, things are about to change for me. Tonight the Piano Man will be ringing in the new year at the Barclays Center here in Brooklyn, and Mike and I will be there! (Also, Ben Folds Five is the opening act! I can’t friggin’ believe it. More on this later.) I am pee-my-pants excited about tonight’s show, so in celebration, I thought I’d share my own BuzzFeed-style listicle of five quintessentially “New York” selections from the Billy Joel catalog. I hope you enjoy.

(Also, be sure to tune into “Dick Clark’s New Year’s Rockin’ Eve with Ryan Seacrest” on ABC tonight. They’ll be cutting to the concert after midnight, as Billy will be performing the first song of the new year.)

“Why Should I Worry?”

Performed (though not written) by Joel for the 1988 Disney animated film Oliver and Company. Dodger, the shades-sporting mutt who rules the streets of New York, cockily boasts about his “street savoir-faire.”:

Named for the Manhattan street on which Joel’s record label and studio were located at the time of its recording (1978), and a tribute to the street’s history as a famous jazz-performance corridor. Despite being the title track from one of his best-known albums, this little number remains a relative obscurity in the Billy Joel catalog:

A big-band inspired highlight from the 1986 album The Bridge. Joel self-referentially conjures a “Mr. Cool” poser strutting around lower Manhattan “like he’s the King of Mulberry Street”:

From 1976’s Turnstiles, and inspired by the infamous “Ford to City: Drop Dead” headline in The Daily News. Joel’s lyrics imagine the Big Apple’s apocalyptic demise from the perspective of an aged survivor who watched it all go down. (Note: the “distant” future from which this old-timer gives his account is now only three years away. Yikes):

Joel wrote this number to celebrate his New York homecoming after living in Los Angeles for several years. Said to have been composed within 20 minutes of his return, the 1976 release has since become an extensively covered standard and Joel’s own definitive NYC anthem:

As I mentioned in a recent post, Mike and I are relocating to New York City later this year. This will be a huge transition in any number of ways, but surely among the most jarring will be the dramatic loss of space that awaits us. We fully expect that after trading in our sprawling, 1,800 square-foot Seattle palace, we’ll be squeezing into a cozy little shoebox somewhere in the five boroughs. It won’t be easy, but we’re resigned to the realities of NYC apartment-living, and we’ll adjust.

In preparation for the big move, we have begun the preliminary purging of stuff, sifting through drawers, cupboards, shelves, and closets for anything unwanted and easily discarded. The prospect of lugging all of our crap cross-country has motivated us to do as much slimming down as possible. And of course, if we hope to actually fit into the new place, this downsizing will be essential. But in spite of having already sold or donated dozens of books and DVDs, piles of clothes and shoes, and numerous other household sundries, we still feel nowhere closer to our goal-weight in stuff. We’re beginning to accept the reality that to achieve this goal, when the time comes, some tough decisions will have to be made.

Which brings me to the subject of this post: My Legos.

Among my most geeky, but treasured possessions is a modest collection of Lego Star Wars ships. You’ve already met Legs, but allow me to introduce you to the rest of fleet:

Anyway, the first time Mike visited my old bachelor pad, this nifty array – on proud display in the living room – was among the first things he noticed (along with a badass pair of working lightsabers). I’m sure it was a curious surprise, but if he was at all troubled by a grown man showing off his collection of Legos to a first-time visitor, he didn’t let on. He would later confess that although this gave him an “interesting” first impression, he was reassured by all the photos of family and friends also on display. “Oh, I get it. He’s not some weird, closed-off sociopath with a toy fetish. He’s just a dork.” (I prefer “Dork Vader,” actually.)

When Mike and I moved in together, it was decided that the Legos had to go. It wasn’t that Mike had any particular aversion to displaying toy spaceships in our living room (the decision was mutual, he assured me). It was just a question of space. The new apartment wasn’t that big, and with the merging of all our stuff, there wouldn’t be anywhere to put the Legos. So, solemnly, I disassembled the fleet, collected its pieces in a drawer, and placed them in the closet for their indefinite exile.

We’ve since moved into our current, much bigger place, but it’s taken me quite a while to find the motivation to reassemble the ships. It’s a time-consuming and surprisingly painstaking process. I mean really, there must be thousands of pieces involved:

But I was spurred into action when, after the decision to move was made, I realized that I probably wouldn’t be able to keep my Legos. We’ll have no room to display them in our new place – that’s a given. But storage space, too, will likely be a precious commodity for us. True, the sets don’t take up that much space, and their weight, in terms of an apartment’s worth of cargo, is negligible. But when your decisions on what to keep and what to discard are measured down to the individual coffee mug, every little item counts. So I’ve decided it’s time to let them go. Sure, it was a tough call, but this was really only a trial-run for the bigger, tougher ones that lie ahead. I’m just trying to teach my self how to “Lego” of my things.

So why, if I’m not going to keep my Lego fleet, did I take the time to rebuild it? Well, for one thing, it was easily the funnest way to organize a drawer overflowing with all those tiny, unsorted Lego pieces. I mean, if I’m giving them away (and I’m just sayin’, I know a few kids who are gonna be psyched), it’s probably best to have them arranged into their respective sets, no? But also, I just wanted to give the fleet one last “hurrah” before we part ways. This was a chance for me to take ’em out on a critical final mission: Allowing me to indulge in some nostalgic, Star Wars-geeky playtime. And now that I’ve had my fun, and taken plenty of pictures, this silly little blog-tribute is my way of saying goodbye.

It’s been easy for us to become attached to our stuff. But in the end, it’s only stuff. And next to our dear friends and beloved city, leaving our possessions behind will be the easy part. But by re-building these Lego sets, I’ve been able to build on the countless memories that I will bring with me to New York. The Legos will forever reside among my Seattle-memory touchstones, and whenever I think of them, I’ll be thinking back on my time here. And with this reassurance in mind (and now that I’ve gone and gotten all sappy about Legos), I see that it’s time, and I’m ready to let them go.

But I’m keeping the lightsabers: 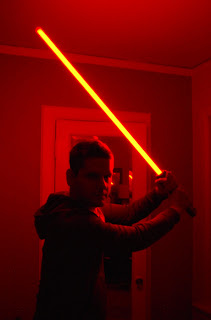 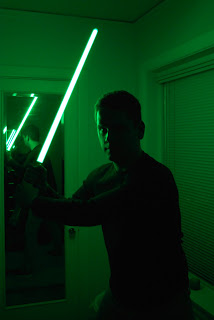